This prompt is solely dedicated to the happiness of returning home. Nothing feels better than home after a long period of quarantine procedures. Here’s a list of books with ‘home’ in their title that I would like to read. 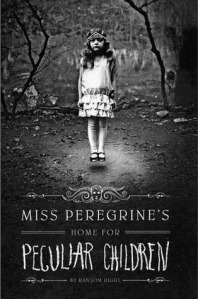 A mysterious island. An abandoned orphanage. A strange collection of very curious photographs. It all waits to be discovered in Miss Peregrine’s Home for Peculiar Children, an unforgettable novel that mixes fiction and photography in a thrilling reading experience. As our story opens, a horrific family tragedy sets sixteen-year-old Jacob journeying to a remote island off the coast of Wales, where he discovers the crumbling ruins of Miss Peregrine’s Home for Peculiar Children. As Jacob explores its abandoned bedrooms and hallways, it becomes clear that the children were more than just peculiar. They may have been dangerous. They may have been quarantined on a deserted island for good reason. And somehow-impossible though it seems-they may still be alive. A spine-tingling fantasy illustrated with haunting vintage photography, Miss Peregrine’s Home for Peculiar Children will delight adults, teens, and anyone who relishes an adventure in the shadows.

America’s most celebrated novelist, Nobel Prize-winner Toni Morrison extends her profound take on our history with this twentieth-century tale of redemption: a taut and tortured story about one man’s desperate search for himself in a world disfigured by war.

Frank Money is an angry, self-loathing veteran of the Korean War who, after traumatic experiences on the front lines, finds himself back in racist America with more than just physical scars. His home may seem alien to him, but he is shocked out of his crippling apathy by the need to rescue his medically abused younger sister and take her back to the small Georgia town they come from and that he’s hated all his life. As Frank revisits his memories from childhood and the war that has left him questioning his sense of self, he discovers a profound courage he had thought he could never possess again.

A deeply moving novel about an apparently defeated man finding his manhood – and his home.

Becoming a family will take patience, humor, a little bit of wine, and a whole lot of love…

Life is meant to be savored, but that’s not easy with no family, limited prospects, and a past you’d rather not talk about. Still, Callie Smith doesn’t know how to feel when she discovers she has a brother and a sister–Malcolm, who grew up with affection, wealth and privilege, and Keira, a streetwise twelve-year-old. Callie doesn’t love being alone, but at least it’s safe. Despite her trepidation, she moves into the grand family home with her siblings and grandfather on the shores of Lake Washington, hoping just maybe this will be the start of a whole new life.

But starting over can be messy. Callie and Keira fit in with each other, but not with their posh new lifestyle, leaving Malcolm feeling like the odd man out in his own home. He was clever enough to turn a sleepy Seattle mail-order food catalog into an online gourmet powerhouse, yet he can’t figure out how to help his new sisters feel secure. But affection isn’t Malcolm’s strong suit…until a beautiful barista teaches him that an open heart, like the family table, can always make room for more.

In this emotional, humorous, and heartfelt story, Susan Mallery masterfully explores the definition of a modern family–blended by surprise, not by choice–and how those complicated relationships can add unexpected richness to life. 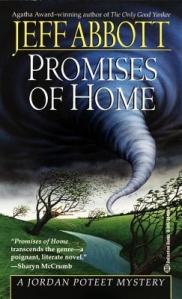 In a small Texas town, murder brings home the unforgotten past.
Twenty years ago, as Hurricane Althea lashed Central Texas, twelve-year-old Jordan Poteet and his friends decided to ride it out in their treehouse. But in the still eye of the tempest, they raced for safety–and stumbled over the body of a beautiful girl.
Now, the six schoolmates who shared the grisly sight of death so long ago are being coolly murdered, one by one, day by day. By whom? Why? Unless Jordan and Police Chief Junebug Moncrief, another survivor of the storm, can answer those questions fast, it will be their turn to die. . . .

A decade ago, kidnappers grabbed two boys from wealthy families and demanded ransom, then went silent. No trace of the boys ever surfaced. For ten years their families have been left with nothing but painful memories and a quiet desperation for the day that has finally, miraculously arrived: Myron Bolitar and his friend Win believe they have located one of the boys, now a teenager. Where has he been for ten years, and what does he know about the day, more than half a life ago, when he was taken? And most critically: What can he tell Myron and Win about the fate of his missing friend? Drawing on his singular talent, Harlan Coben delivers an explosive and deeply moving thriller about friendship, family, and the meaning of home.