It’s rainy weather where I am currently at and I cannot explain how pretty the atmosphere and the mood are. That’s not all, the trees are greener and the flowers are more colourful. The rain just washes down all the negativity and the dust settles. In lieu of the weather and the colourful blooms, here are books with florals on the cover.

That’s what Macy has to look forward to while her boyfriend, Jason, is away at Brain Camp. Days will be spent at a boring job in the library, evenings will be filled with vocabulary drills for the SATs, and spare time will be passed with her mother, the two of them sharing a silent grief at the traumatic loss of Macy’s father.

But sometimes, unexpected things can happen—things such as the catering job at Wish, with its fun-loving, chaotic crew. Or her sister’s project of renovating the neglected beach house, awakening long-buried memories. Things such as meeting Wes, a boy with a past, a taste for Truth-telling, and an amazing artistic talent, the kind of boy who could turn any girl’s world upside down. As Macy ventures out of her shell, she begins to question her sheltered life.

Clea Raymond has felt the glare of the spotlight her entire life. The daughter of a renowned surgeon and a prominent Washington DC politician, she has grown to be a talented photojournalist who takes refuge in a career that allows her to travel to the most exotic parts of the world. But after Clea’s father disappears while on a humanitarian mission, Clea’s photos begin to feature eerie, shadowy images of a strange and beautiful man—a man she has never seen before.

When fate brings Clea and this man together, she is stunned by the immediate and powerful connection she feels with him. As they grow closer, they are drawn deep into the mystery behind her father’s disappearance, and they discover the centuries-old truth behind their intense bond. Torn by a dangerous love triangle and haunted by a powerful secret that holds their fates, together they race against time to unravel their pasts in order to save their lives—and their futures. 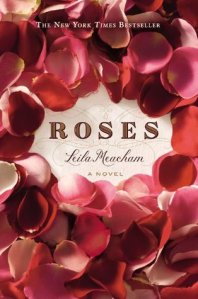 Spanning the 20th century, the story of Roses takes place in a small East Texas town against the backdrop of the powerful timber and cotton industries, industries controlled by the scions of the town’s founding families. Cotton tycoon Mary Toliver and timber magnate Percy Warwick should have married but unwisely did not, and now must deal with the deceit, secrets, and tragedies of their choice and the loss of what might have been–not just for themselves but for their children, and children’s children. With expert, unabashed, big-canvas storytelling, Roses covers a hundred years, three generations of Texans, and the explosive combination of passion for work and longing for love. 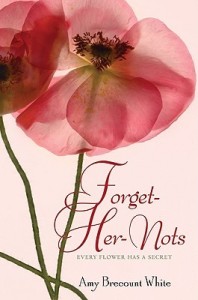 Something — some power — is blooming inside Laurel. She can use flowers to do things. Like bringing back lost memories. Or helping her friends ace tests. Or making people fall in love.

Laurel suspects her newfound ability has something to do with an ancient family secret, one that her mother meant to share with Laurel when the time was right. But then time ran out.

Clues and signs and secret messages seem to be all around Laurel at Avondale School, where her mother had also boarded as a student. Can Laurel piece everything together quickly enough to control her power, which is growing more potent every day? Or will she set the stage for the most lovestruck, infamous prom in the history of the school? 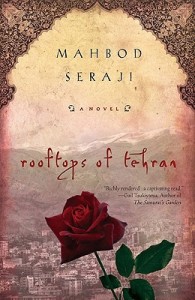 From “a striking new talent”(Sandra Dallas, author of Tallgrass) comes an unforgettable debut novel of young love and coming of age in an Iran headed toward revolution.

In this poignant, eye-opening and emotionally vivid novel, Mahbod Seraji lays bare the beauty and brutality of the centuries-old Persian culture, while reaffirming the human experiences we all share.

In a middle-class neighborhood of Iran’s sprawling capital city, 17-year-old Pasha Shahed spends the summer of 1973 on his rooftop with his best friend Ahmed, joking around one minute and asking burning questions about life the next. He also hides a secret love for his beautiful neighbor Zari, who has been betrothed since birth to another man. But the bliss of Pasha and Zari’s stolen time together is shattered when Pasha unwittingly acts as a beacon for the Shah’s secret police. The violent consequences awaken him to the reality of living under a powerful despot and lead Zari to make a shocking choice…